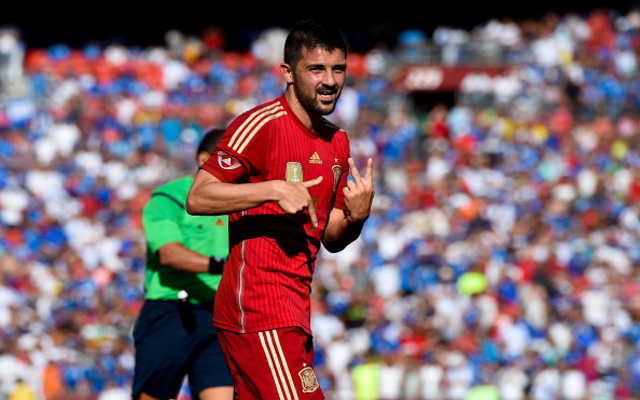 Melbourne City have confirmed David Villa will feature in the club’s A-League opener against Sydney FC.

Villa will attend the A-League season launch at Etihad Stadium on Tuesday and will begin training with the squad immediately.

Melbourne City have confirmed the World Cup-winner will play in its opening game against Sydney FC at Allianz Stadium on October 11.

“From what I have heard, my arrival has generated a lot of high expectations for the club and I hope that I can meet them – and that I can help the players, the coach and the entire team to perform well this season,” Villa said in a statement on Tuesday.

“Hopefully, I’ll be able to play at my best level in order to help the team.”

Melbourne City manager John van’t Schip said that Villa’s late arrival wasn’t ideal, but was confident he would be in good physical condition.

“We all know that … but I’m not making a problem of it,” van ‘t Schip told SEN Radio on Tuesday.

“First of all, we have to see when he comes in where he is at, his physical level.

“We have talks with his personal trainer and he’s been training for weeks already in New York.

“When he comes over we are quite sure that he’s going to be at a high level.

Ironically, Villa’s last competitive appearance was against Australia during the FIFA World Cup, where he scored in a 3-0 win over the Socceroos.