As the Premier League season progresses, so the list of the game’s walking wounded is growing. Both Arsenal and Manchetser United have been forced to call on academy players to fill the gaps in recent weeks, and they’re not the only teams struggling.

CaughtOffside has put together a team of players currently struggling, featuring just eleven stars who are spending more time on the sidelines than on the pitch this season: 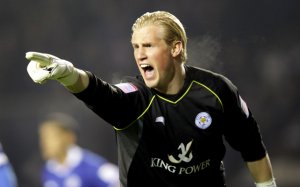 The Leicester keeper missed his team’s victory over Stoke City earlier this month, and has since returned to first-team action. It’s seemingly a good time to be a goalkeeper, with no current injury issues for the men between the posts.