CaughtOffside attempt to pick the best Champions League XI using only players under the age of 21. Arsenal and Liverpool players feature in the team, while the full list can be seen below (the formation is 3-5-2): 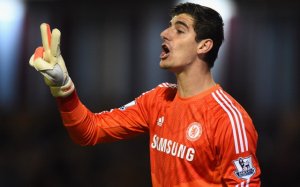 The Chelsea stopper may fall just outside the designated age range, but is an outstanding young keeper who we could not bare to leave out.