Beyonce and Jay Z are in France for Paris Fashion Week, but the power couple look a night off from the catwalk parties on Tuesday evening.

They took a trip to the Parc des Princes to watch the Champions League glamour tie between PSG and Barcelona.

The game ended 3-2 to the hosts, thanks to goals from David Luiz, Lionel Messi, Marco Verratti, Blaise Matuidi and Neymar.

Images courtesy of the Daily Mirror. 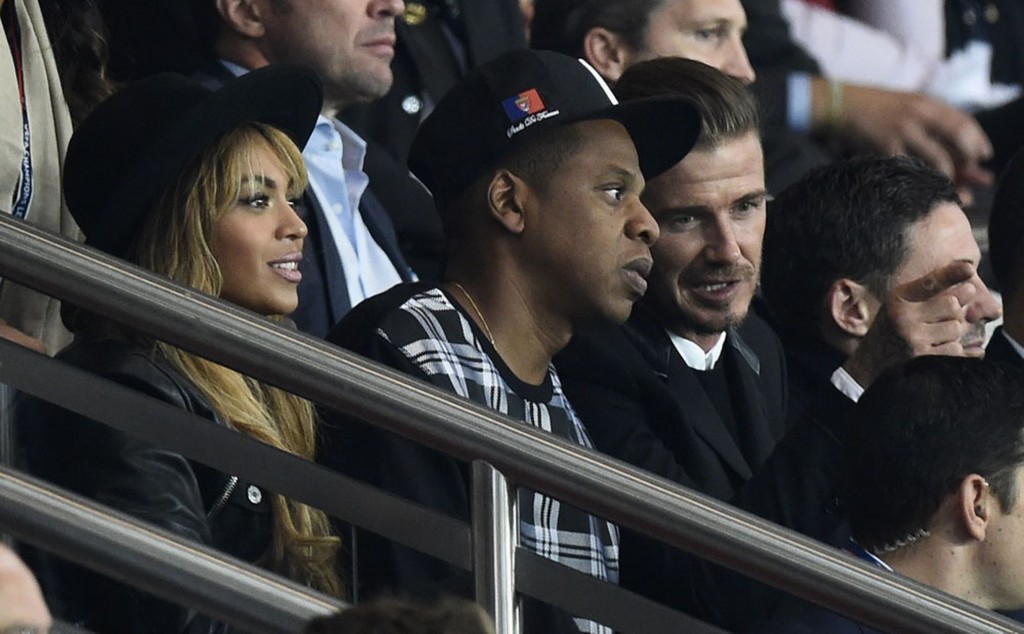