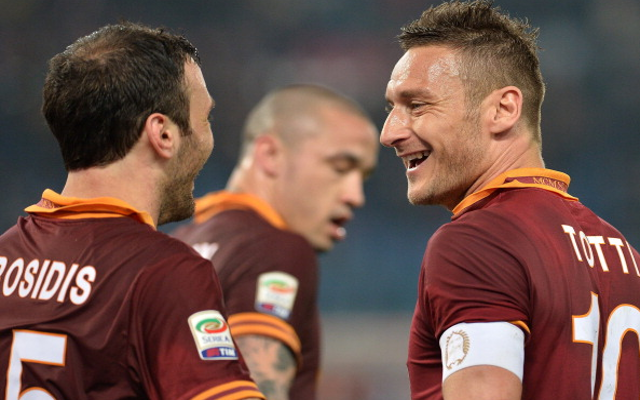 All the latest headlines from the newspapers in Italy as Roma secure draw at Manchester City but arguably deserve more for their performance.

– Historic goal from the captain, the oldest goalscorer in the Champions League – in Manchester 1-1 – The English fans also applaud Roma and Francesco Totti’s performance. Rudi Garcia will be pleased with performance after early setback with Maicon giving penalty away, as the visitors looked a threat throughout and belonged on this stage.

– Have courage Juve, play with your head held high – Juventus face Atletico. Massimiliano Allegri will have to outwit Diego Simeone.

– Gigantic Roma and Totti! 1-1 with Man City, Totti: “We deserved to win”. Giallorossi had chances to win the game and bounced back well after conceding an early goal. However, they did have to hold on at the end and will be pleased overall with a draw.

– Now comes an even bigger test as after Juventus this weekend, they will face a double-header against Bayern Munich which could well define the group.

– Allegri: “Let’s beat Atletico… We’re in form, anything is possible”.

– Go on Tevez, do it again! First real test for Juventus tonight against Atletico.

– Fabio Quagliarella: “Torino, I’ll explain how to score in Copenhagen”.