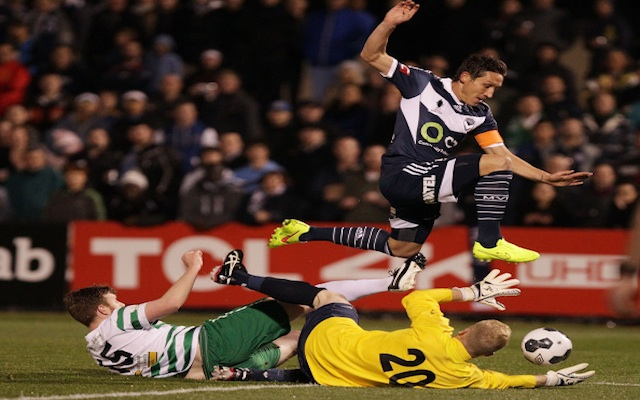 Victory and City will be missing key players in the A-League openers.

Both Melbourne Victory and Melbourne City will have key players missing from the eagerly anticipated start to the A-League season due to injuries and international call-ups.

Victory skipper Mark Milligan will miss his side’s round one clash with the Western Sydney Wanderers next week Friday after being called up for the Socceroos for its two friendlies against the United Arab Emirates and Qatar.

Coach Kevin Muscat will also lose the young trio of Scott Galloway, Jordan Brown and Dylan Murnane, who were all selected in Paul Okon’s Young Socceroos squad for the AFC U-19 Championships in Mynamar.

John van’t Schip faces a similar problem, with Stefan Mauk joining the Victory trio at the AFC U-19 Championships.

It is likely that City will also be missing Ben Garuccio and Jonathan Germano through injury, while Jason Hoffman won’t travel north to take on Sydney FC as he serves a suspension.

Meanwhile, Victory’s opponents Western Sydney Wanderers will be without Nikolai Topor-Stanley and Tomi Juric, who are both part of Ange Postecoglou’s Socceroos squad, while youngsters Daniel Alessi and Josh Sotirio will be involved in the AFC U-19 Championships.