Hodgson reportedly referred to the move as ‘crazy’, after meeting PSG president and owner Nasser Al Khelaifi, along with manager Laurent Blanc during the summer.

But that goes us thinking, where does Luiz rank on the list of craziest transfers of all time? CaughtOffside counts down the top ten: 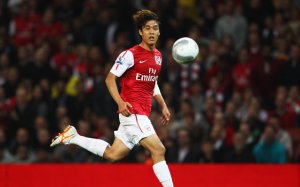 When a club gazumps another team to buy a player with a late bid, it ought to be assumed that the player will be worth it. Park Chu Young was due to complete a medical at Lille OSC in summer 2011 before he heard of interest from Arsenal, and left his hotel room to head to London. He is emphatically one of the worst signings Arsene Wenger has ever made – and undoubtedly the strangest.