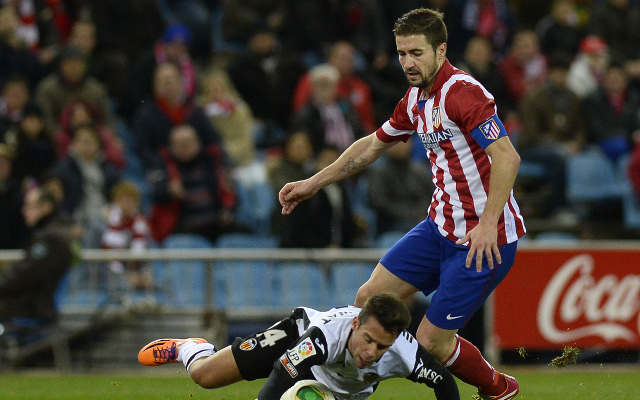 Atletico Madrid captain Gabi has admitted to playing his part in a match-fixing scandal during his time at Real Zaragoza according to reports in El Mundo Deportivo.

The Vicente Calderon star was skipper of Real Zaragoza at the time that relates to a major investigation into match-fixing, which relates specifically to the club’s 2-1 win over Levante in 2011, a match that saw Gabi net twice.

The 31 year old took no part in Atletico Madrid’s win over Juventus on Wednesday night and may well face a lengthy ban for his involvement in the alleged match fixing incident.

Gabi is one of many under investigation and his admission of guilt may aid his attempts at securing a lighter punishment.

The experienced midfielder claims he was merely doing as his club had requested though this line of defence is unlikely to prevent Gabi from being banned from the game.

The goals scored by Gabi saw Real Zaragoza secure the win they needed to avoid the drop and is one of nine matches listed by Spanish league president Javier Tebas as suspicious.