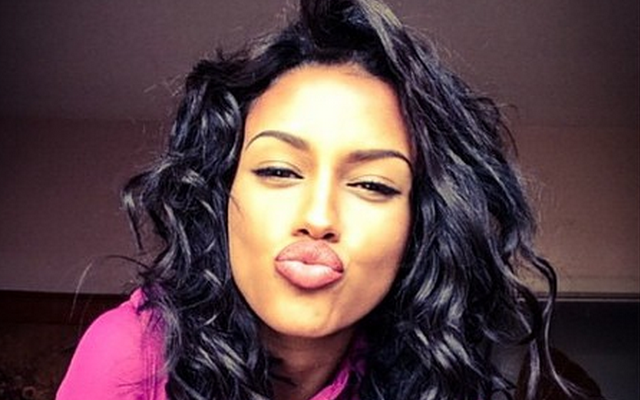 Fanny Neguesha, the ex girlfriend of Mario Balotelli, seems to be getting over her recent break-up from the Liverpool forward.

The Belgian beauty took to Instagram to show off the fact that she has a new admirer on Thursday.

She uploaded the below picture, along with the message: ‘Thank you mister “T” #Surprise’.