The Daily Mail recently revealed that Wesley Sneijder rejected the chance to join Manchester United in the summer because he wanted to play Champions League football. But he’s not the only player football purists wish they could have seen in England.

Check out our ultimate XI of current players that now look set to complete their careers without ever playing in the Premier League: 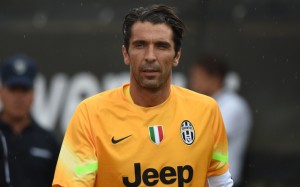 The veteran Italian goalkeeper – arguably one of the best shot stoppers of all time – has been with Juventus since 2001, and at the age of 36 will surely finish his career in his homeland.