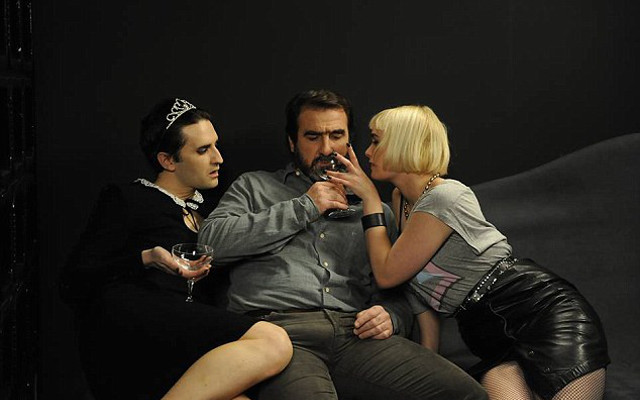 Former Manchester United striker Eric Cantona has taken a very sexy – and rather scary – move in his acting career by taking on the role of ‘The Stallion’ in new French film ‘You and the Night’.

Speaking about his new role, Cantona admitted that he enjoys playing “bad” characters.

He is quoted by the Daily Mail as saying: “I don’t see risks. It’s a risk for why? I don’t do cinema to play Nero every time… I like acting.”

“I like cinema because we can play any kind of character. I don’t want to play only the good ones. I like to play the bad ones sometimes. Very, very bad ones!

“For this one, yes, it’s very special but it’s so wonderful, so it’s not risky for me. It’s a great opportunity for me.”

Check out the trailer for You and the Night below.

The short preview ends with Cantona undoing his belt and saying in French: “Be warned, it’s in sleep mode.”

10 players who deserve a spot in the Premier League Hall of Fame, including legends from Man Utd, Arsenal & Liverpool February 27, 2020 17:08
Liverpool FC