Tottenham have endured a difficult start to the season. It all started so well under new manager Mauricio Pochettino, with back to back Premier League victories.

However, their 4-0 win over the Queens Park Rangers on the 24th August was the last success Spurs have registered, excluding a League Cup victory over Nottingham Forest.

They have gone four Premier League games without win, including defeats against Liverpool and West Brom, while they also face a difficult task this weekend when they take on high-flying Southampton.

Meanwhile, they have been held to consecutive Europa League draws against Partizan Belgrade and Besiktas have done nothing to help the mood around White Hart Lane.

Here are eight players the North London club could target in the January transfer window: 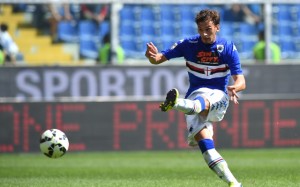 Italian international, who at just 22 has great potential to develop into a top striker. Has scored eight league goals for his current side, who he joined in 2013.