Dani Lawrence, who is engaged to Liverpool goalkeeper Brad Jones, has used Instagram to share a beautiful photo of herself posing with Glen Johnson’s wife. 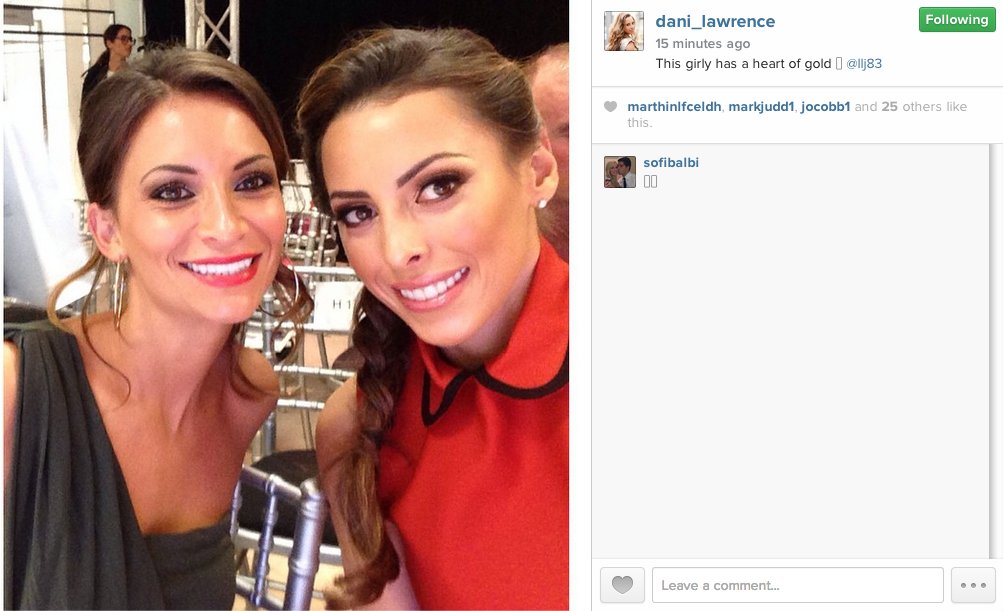