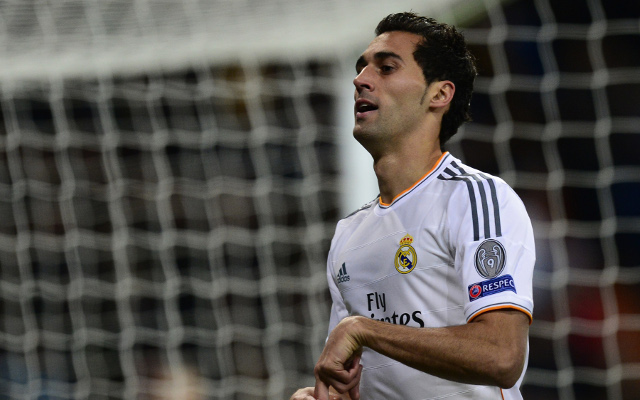 This long term Arsenal target has made an announcement on Real Madrid TV regarding his future. Does it lie at the Emirates?

Real Madrid full-back Alvaro Arbeloa has dealt a blow to Arsenal after declaring that he wants to remain at the Bernabeu, reports the Express.

The Spaniard hasn’t been in the first team fold recently, but that doesn’t seem to have deterred him from staying in his native land. Despite starting just 14 games last season the 31-year-old revealed he has no intentions of leaving the La Liga giants if it’s left up to him.

“I want to be part of this club for as long as I can. This is home for me,” he told RealMadridTV.

“This is the club of my heart and hopefully I have many years ahead here. I have two left as it stands, but it would be an honour to see out my career with Real Madrid.”

“I know that is a very difficult task because of how highly demanding this club is, but that is not a problem for me.”

“I will always put in the effort and make sacrifices on a daily basis in order to win titles.”

Arsenal were linked with the versatile full-back over the summer, and with a number of injuries highlighting the London club’s fragility at the back they were suspected of going back in for Arbeloa in January.

The Gunners were already looking a bit thin at the back, and after losing Mathieu Debuchy and Nacho Monreal it became clear to Arsene Wenger that he needed to make some additions.

The North London side also have just one player in Calum Chambers who is able to reliably cover at centre-back, and with the injury to Debuchy he is currently being deployed on the right.

One more injury and Arsenal could have been in serious trouble at the back, and the versatility and experience of Arbeloa who can play on both flanks could have added some much needed depth.