As if the prospect of Chelsea taking on Arsenal this weekend wasn’t intriguing enough, the game will also mark former captain Cesc Fabregas’ first game against the Gunners.

Reports in the Daily Mail explain how, after a spell with Barcelona, the Spaniard will come face to face with his former employers for the first time since leaving North London in 2011.

Previous Arsenal old boys have produced some mixed performances and received mixed receptions from the fans over the years – and everyone is wondering how Fabregas, who played 303 times for the club in an eight year spell, will be received by the travelling supporters at Stamford Bridge.

Here are how six other former Gunners fared against them: 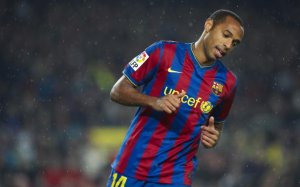 Arsenal’s greatest ever goalscorer returned in the 2010 Champions League quarter-final with Barcelona. He started on the bench at the Emirates, but replace Zlatan Ibrahimovic late on, after the Swede has scored twice in the 2-2 draw. He was unsurprisingly given a hero’s welcome.