Emirates Stadium side ready to spend big in the January transfer window.

Arsenal have set their sights on two high-profile January transfer window signings and Arsene Wenger will look to part-fund the deals with the sale of a number of players who are no longer key to his first team plans.

Having seen his side collect their first Premier League defeat Wenger is ready to step-up his pursuit of two long term targets and will see a portion of the funds needed to make those moves covered by the club’s board. 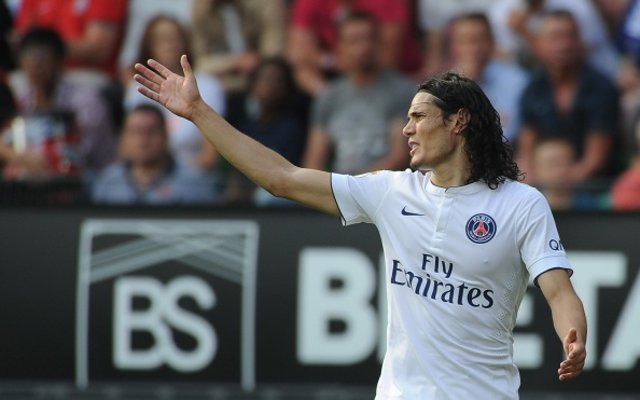 Despite having brought in Alexis Sanchez and Danny Welbeck, from Barcelona and Man United respectively, Wenger will look to bring in PSG goal machine Edinson Cavani and is confident of landing the unsettled Uruguayan with a January bid lined up.

The north London side are ready to offer a club record £48m for the 27 year old and are looking to find a buyer for German forward Lukas Podolski as Arsene Wenger seeks to streamline his attacking options.

Cavani’s representatives have been in contact with the Emirates Stadium side and have offered Wenger encouragement to make an offer for their client.

The former Napoli man is said to be unhappy with his role at the Parc des Princes where boss Laurent Blanc often uses the powerful forward in a wide attacking role whilst PSG look to accommodate star turn Zlatan Ibrahimovic.

Arsenal will also look to strengthen their midfield options with a £12m bid for Real Madrid’s Sami Khedira in the pipeline, an offer the Gunners feel could tempt the La Liga side to sell the German international.

The 27 year old World Cup winner is a player Wenger has tracked for the best part of a year and with the former Stuttgart man now well into the final year of his Real Madrid contract the French boss will hope that the chance to cash-in on Khedira appeals to Bernabeu president Florentino Perez.

Wenger is looking to Khedira to provide some steel in the middle of the park and could prove to be a long term replacement for veteran Mikel Arteta, who has struggled with form and fitness of late.