Indian cricket captain Mahendra Singh Dhoni has announced that he has become co-owner of Indian football club Chennaiyin FC, and will help oversee them this season.

The club are one of the eight Indian Super League teams preparing to compete in the country’s new look league. They are coached by former Italian defender Marco Materazzi and count former Manchester City midfielder Elano among their players. 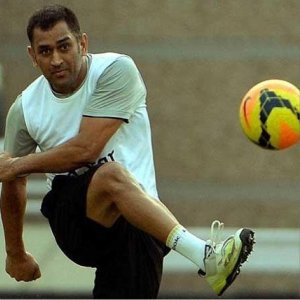