Check out this picture of the daughter of Stoke City striker Peter Crouch and his wife Abbey Clancy. Sophia Ruby was up bright and early at 6am, ‘playing hairdressers’ with this somewhat freaky doll head. 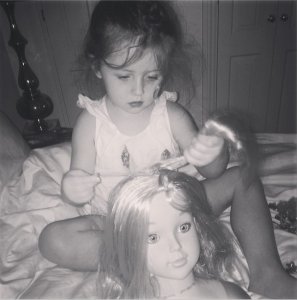