Man United’s defence this season has been shaky to say the least and there are now a myriad of stories linking Old Trafford boss Louis van Gaal with potential centre-back signings in January, perhaps the two most interesting targets being Premier League talents.

Having spent over £150m on new players over the summer it may be safe to assume that the Dutch manager won’t be quite so free with Man United’s chequebook in January.

The two players concerned are both in the final years of their respective contracts and as such won’t cost a great deal and that may well make them all the more likely candidates to beef up Man United’s back-line.

One of those comes in the form of Aston Villa captain Ron Vlaar, a player van Gaal knows well from his time in charge of the Dutch national team set-up, and a player who would presumably jump at the chance of a move to Man United.

The 29 year old has been in excellent form over the past year and an experienced campaigner who could help plug the holes at the back.

Man United have yet to replace departed veteran defensive pair Rio Ferdinand and Nemanja Vidic, Vlaar may be an ideal candidate for the job.

Van Gaal’s only clean sheets this season have come against newly promoted teams though the successes against QPR and Burnley are somewhat countered by the five goal deficit suffered at Leicester City. 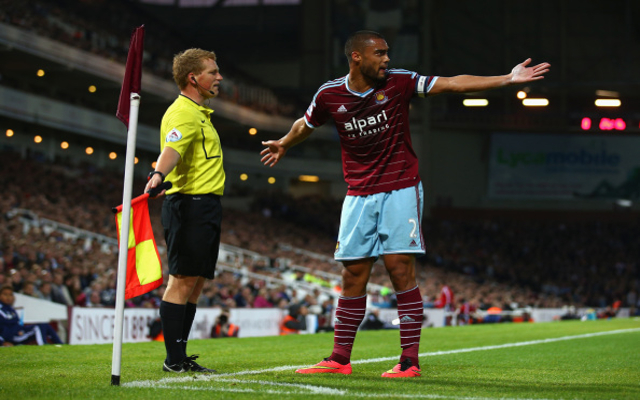 The 26 year old could be a player West Ham cash-in on in January in preference to losing the defender on a free transfer next summer.