What is it with footballers and camouflage? If Napoli’s away kit and Tim Howard’s goalkeeping strip weren’t enough, Arsenal forward Lukas Podolski is now marketing a range of camouflage clothing made by Adidas. It’s not for us. 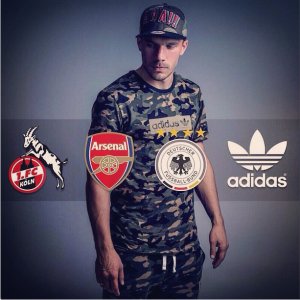