Alexis Sanchez has a difficult WAG situation on his hands…

Reports in the Spanish press are claiming that Arsenal’s Alexis Sanchez has become a father, while also revealing that the mother is not his long-term partner Laia Grassi.

The woman that gave birth earlier today, was in fact Mary Plaza, who the Chilean midfielder supposedly slept with last year when cheating on Grassi.

According to the report, Sanchez and Plaza are not on the best of terms, and the 25-year-old is refusing to acknowledge that the baby is his, while he remains with his current girlfirned.

It is suggested that Plaza also has little intention of pursuing Alexis to take responsibility for the baby, as the mother is from a very wealthy family in which her grandfather was one of the founders of Spanish giants Barcelona.

Sanchez with his girlfriend… 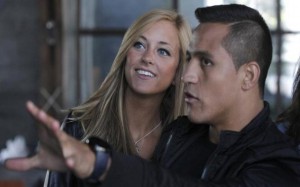 And the mother of his child… 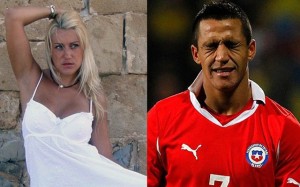