Zlatan Ibrahimovic – one of the most feared footballers on the planet. The giant Swede has scored goals for fun in Holland, Italy, Spain and France, but alas, it seems we will never see him grace the Premier League.

The 33-year-old, who has scored 367 career goals for club and country, had trials with Arsenal in his youth, but insisted in the Guardian yesterday that a move was never close.

With Ibra’ also all but ruling out a move to England in the future, we at CaughtOffside considered the top ten current players we are still desperate to see grace British shores on a permanent basis: 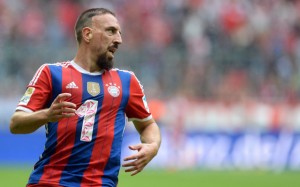 The French midfielder has been exceptional for Bayern since joining them in 2007, and was one of the key figures behind the club reaching three Champions League finals in the space of just four years.