CaughtOffside picks its starting team for the opening match of England’s 2018 World Cup campaign, which is heavily dominated by stars from Liverpool and Arsenal. Check out the XI below: 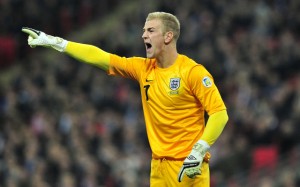 The Manchester City stopper will only be 31, a prime age for a goalkeeper, and a lack of top-class competition should see him comfortably retain his spot in the team.