The new signing is flattered to be compared with a club hero.

Daley Blind has dismissed comparisons with Manchester United Legend Roy Keane, and reminded people that it’s early days for him in England.

“Roy Keane? Let’s not exaggerate,” the tenacious midfielder said is quoted as saying on voetbalprimeur.

“Things are going well, but we are only a few games in.”

Blind is referring to quotes from Ian Herbert of the Independent, who apparently described the Dutch holder as the first “shield of defence” United have had since Keane. (One wonders what Darren Fletcher and Owen Hargreaves make of that.) Certainly it is unlikely that he meant to compare Blind to Keane in terms of ability; where Blind’s honest hard-work pales in comparison to Keane, who offered the same work-rate and toughness, as well as exceptional distribution and positional discipline.

Blind also emphasised how fellow Dutchman Robin Van Persie has helped him settle in at United, and discussed the demands of his new home: “He showed me the ropes. Now I can hang more with the other boys… the Premier League is particularly physically demanding, but I can handle it.”

One wonders if Keane ever complained about the league being “physically demanding”. 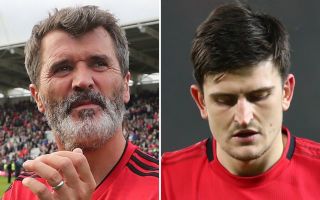 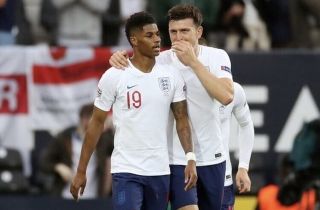 ‘They will cost Ole his job’ – Man United legend furious with lack of commitment from players October 8, 2020 21:41
Manchester United FC