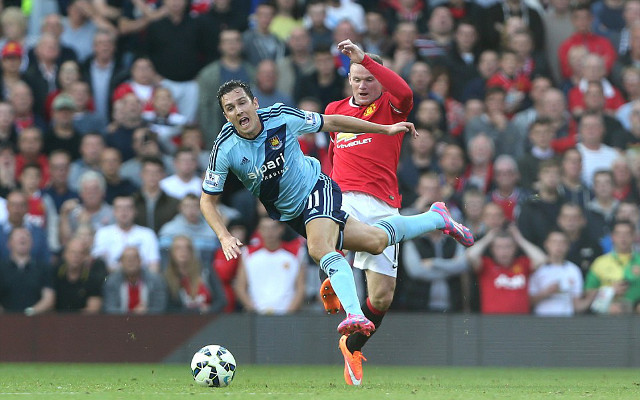 Manchester United and England captain Wayne Rooney has spoken out in defence of the tackle that earned him a straight red card against West Ham United last month.

The 28-year-old striker, who is currently serving a three-match domestic ban for his tackle on Stewart Downing, told reporters that his foul was mistimed and not malicious.

Rooney, who was speaking ahead of the Three Lions clash with San Marino, was quoted by the Daily Mail. The report adds that the forward’s credentials as captain of club and county were questioned following the incident.

“I was disappointed to receive the red card. I said afterwards everyone in football understands what I was trying to do and I just mis-timed it,” Rooney said.

“It wasn’t the same as red cards I’ve got in the past for lashing out. I tried to stop a counter attack and misjudged it.”

The source adds that Rooney is just three goals behind Jimmy Greaves in the England scoring charts and eight behind the country’s all-time leader Sir Bobby Charlton. With San Marino and Estonia to face in the next five days, he could take a large step towards surpassing those landmark this week.