The future of Liverpool defender Glen Johnson, whose contract with the club expires at the end of the current campaign, is looking increasingly uncertain as he struggles to prove his form and fitness.

According to reports in the Guardian, Johnson has indicated that he is approaching the end of his Reds career, having admitted that talks on a contract extension at Anfield have fallen “very quiet”.

The 30-year-old will is able to sign a pre-contract agreement with a foreign club from January, having so far resisted the offer of a 12-month extension to his £120,000-a-week deal from Liverpool’s owners, Fenway Sports Group.

But fear not, here are ten possible long-term replacements the club could consider: 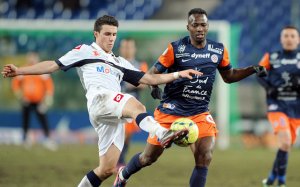 Liverpool have set up a good relationship with the French side after their purchase and subsequent loan of Divock Origi. Could they swoop for the 23-year-old defender, who only joined from Sochaux this summer.