Players Premier League team’s really should have hung onto…

Reports in today’s Daily Express confirmed that Liverpool’s young midfielder Suso will join AC Milan within the next nine months, either in January or next summer.

The news will come as a huge blow to Reds fans, who were hopeful that the youngster would become the club’s next great midfielder, after a series of impressive performances over the last couple of years.

However, the player has grown frustrated at a lack of first team opportunities under current boss and Brendan Rodgers, and is now seemingly certain to depart.

Liverpool can only hope that he will not join the ranks of these ten players that were gone too soon: 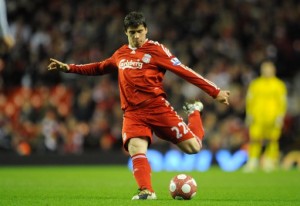