But luckily the Anfield ace is only battling an inflatable dummy.

Mario Balotelli has been picking fights at the training ground once again and is apparently taking out his aggression on being left out of the latest Italy squad by beating up an inflatable dummy.

SEE MORE:
Higuain Liverpool – Check out the latest news regarding the Reds next transfer target.
England XI – Who will line-up for the Three Lions against San Marino?
Free Transfer XI – Take a look at the players who could be available for free next summer.

In Liverpool training during Thursday morning, while most of his teammates were away on international duty, Balotelli had to get around an inflatable dummy.

And the former Man City star showed it just how deadly he can be by giving it a tall karate kick to the ‘head’.

Several teammates as well as manager Brendan Rodgers stood and watched on as he launched this devastating attack, but none looked all that impressed. 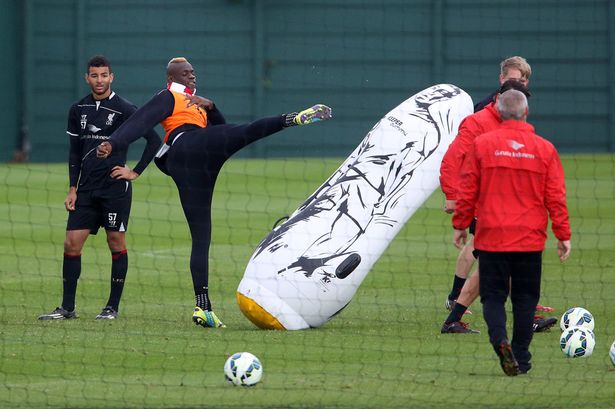