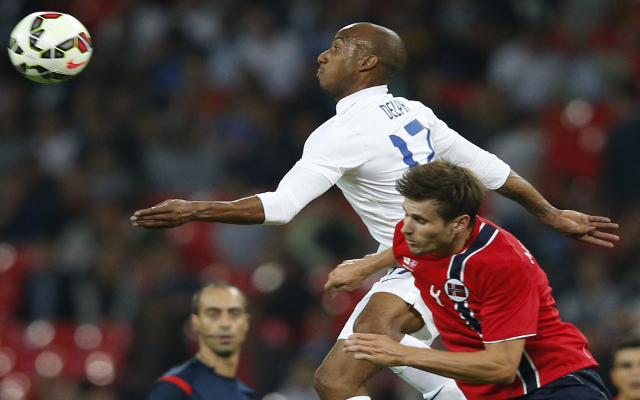 Live streaming for the Euro 2016 qualifier between England and San Marino.

Aston Villa midfielder Fabian Delph is set to recover in time form a knock to retain his place in the side. The 24-year-old sat out of training on Tuesday, but will likely add to his two caps on Thursday night.

Liverpool’s Daniel Sturridge has been left out, while Everton’s John Stones withdrew after injuring his ankle in his club’s defeat to Manchester United.

Sturridge has been given extra time off to recover from the thigh strain he sustained in the 2-0 victory over Switzerland last month.

That means that Wayne Rooney will likely partner his former club mate Danny Welbeck in attack.

The teams were in the same qualifying group for the 2014 World Cup. England won 5-0 at Wembley – with Welbeck and Rooney scoring two goals each – before winning the return 8-0 in Serraville.