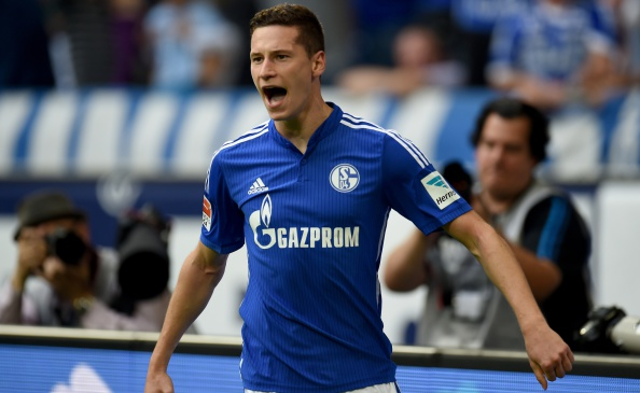 Emirates Stadium side ready to spend big to bring in talented youngster.

Arsenal are ready to re-ignite their interest in Schalke youngster Julian Draxler with the Daily Express claiming that the north London side are ready to trigger the German international’s release clause.

Arsene Wenger had been strongly linked with moves to capture the 21 year old attacking midfielder during the summer but instead used his transfer funds to bring in a string of high quality additions including Alexis Sanchez, Danny Welbeck and Calum Chambers.

However Mesut Ozil’s continued inability to make an significant impact, coupled with his current injury lay-off, will lead Wenger to move to Draxler.

Ozil, Arsenal’s record signing, will be out for three months with a knee injury which will hasten the north London club’s advances for Draxler.

A move for Draxler, though clearly not cheap, does adhere to Wenger’s youthful transfer policy and the youngster may be ready to leave his Gelsenkirchen side after their indifferent start to the Bundesliga season.

Schalke sit in 11th place in the table and should Arsenal meet Draxler’s buyout clause then he may elect to accept such an offer as he seeks to continue his career progression.

Draxler already has 153 Schalke appearances under his belt as well as 13 national team caps.