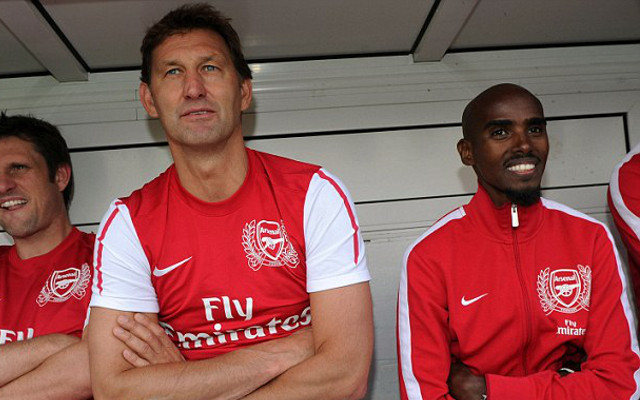 The 66-time England international first skippered the Gunners in 1988 and went on to lead the club to four league titles, three FA Cups and one UEFA Cup Winners’ Cup.

Adams retired as a professional footballer in 2002, but we reckon he could still do a job for Arsene Wenger’s injury-hit side.

After all, he’s probably faster than Per Mertesacker!

Arsenal used Instagram to pay tribute to Adams on his birthday. The above photo is a little more recent.