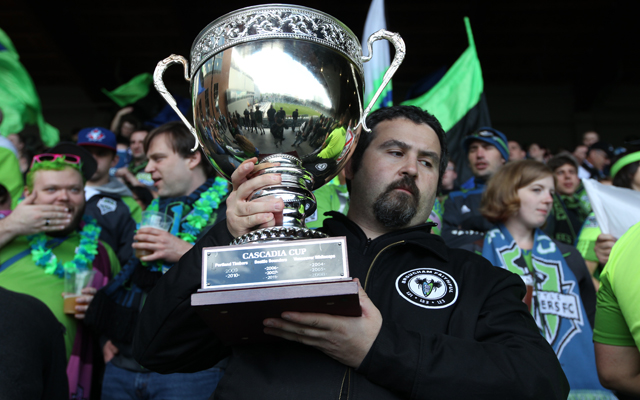 A look at the Cascadia Cup – a curious annual tournament built into the MLS structure.

Seattle Sounders face Vancouver Whitecaps tonight in MLS regular season derby. The game also doubles up as the final of the Cascadia Cup – but what exactly is the curiously named competition?

In short, it is a three-way mini-league which determines the best football side in the Pacific Northwest. It was created in 2004 by supporters groups from the Portland Timbers, Seattle Sounders, and Vancouver Whitecaps, and has continued to exist in some form through to the present day.

All three sides began life in the now-defunct North American Soccer League of the 1970s and 80s, which is where the historic rivalry began. In 2004 all the sides were playing in the USL Division 1 (the third tier of American football), but by 2009 they had all been given a MLS franchise.

Each of the sides play each other three times in an unbalanced schedule – a consequence of the way the MLS organises its fixtures between Eastern and Western Conference sides. The only fixture remaining this season is tonight’s battle between Seattle and Vancouver. With the hosts on 8 points and the visitors on 7, both sides can still lift the 2-foot tall trophy.

Vancouver are the tournament’s most successful side, winning the competition four times. Seattle and Portland have three wins each.