Marca readers poll in favour of making Old Trafford stopper their number one.

The poll was conducted shortly after the Spaniard fell to a shock 2-1 defeat at the hands of Slovakia, with many pointing the finger at the Real Madrid star as the main architect in their downfall.

And the vote was unanimous, with 84% of readers calling for the veteran stopper to be dropped in favour of the young pretender, who so far only has two caps for the senior side to his name. 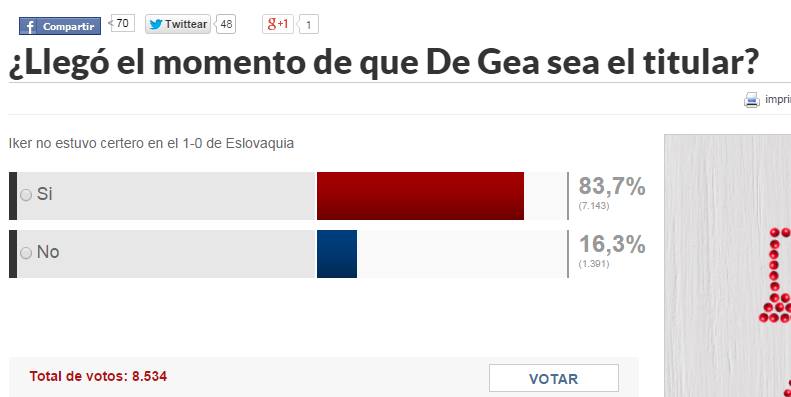 Casillas came in for heavy criticism during Spain’s limp World Cup campaign this summer, and with a summer exit from Real Madrid failing to come off he continues to be used in a rotation system in the capital.