A much needed win for Dunga’s men.

It was an all South American battle at the Bird’s Nest Stadium in Beijing as Brazil triumphed 2-0 over rivals Argentina in an international friendly.

Here’s how the Samba Boys rated in the Chinese capital.

Looked assured between the sticks, earned a clean-sheet for his side despite the plethora of attacking talent bearing down on him and also saved a Lionel Messi penalty.

Was troubled by Angel di Maria, but probably shouldn’t have been penalised for the tackle on the Manchester United midfielder that saw a penalty awarded against him. 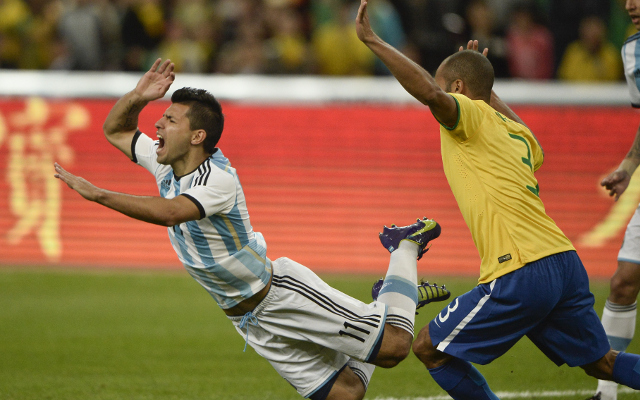 The Atletico Madrid centre-back looked solid in defence as the likes of Messi and Sergio Aguero were kept quiet.

Another shaky performance and was lucky to have Miranda alongside him as Luiz kept allowing the Argentinians in behind – how Paris Saint-Germain spent £40m on this 27-year-old is baffling.

The Chelsea left-back finally got some game time having been on the bench at Stamford Bridge so far this season and made some good runs forward.