Liverpool and England Under-21 right-back Andre Wisdom is a very hot prospect.

The 21-year-old has already featured 22 times for Liverpool’s first team and he is currently on loan at West Bromwich Albion, where he will be a regular starter this season.

Wisdom was even hotter than usual this week, because he travelled to Dubai to spend the international break in the sun.

He probably sweated more while enjoying that blue beverage than he has during any of six Premier League appearances this term. 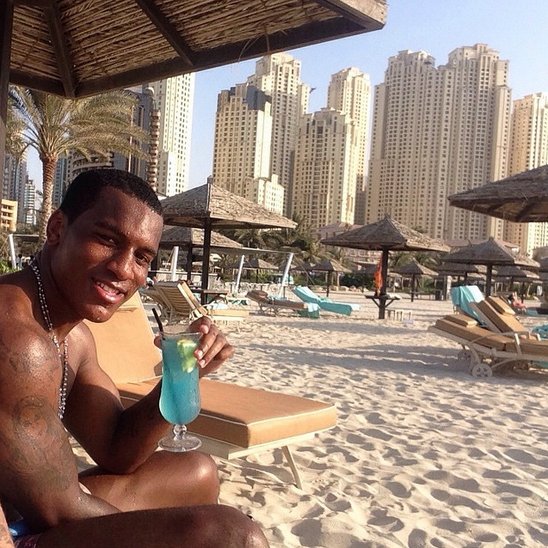