French footballing legend Zinedine Zidane – World Cup, Ballon d’Or and triple FIFA World Player Of The Year winner – is not qualified to be a football coach.

According to Spanish newspaper “AS“, Zidane is in hot water with the Spanish FA for coaching Real Madrid’s B team without having the right coaching badges.

Ironically, Zidane has only been coaching the B team in order to qualify him for training the first team. Zidane, who played for Real between 2001 and 2006, was “special advisor” to Jose Mourinho and assistant to Carlo Ancelotti, and is favourite to take over the head coaching role once Ancelotti departs.

But the Spanish FA has clamped down on Real for once, insisting that letting Zidane coach without the correct qualifications would be setting a bad example. Zizou must now embark on a 390 hour training course to achieve the relevant badges.

Plenty of managers in the Premier League have taken jobs without having their badges, although players like Ryan Giggs now take the badges as they reach the end of their career, so they can enter a coaching job immediately after retirement.

Incidentally, below is a list of Zidane’s individual honours. You feel for his future classmates… 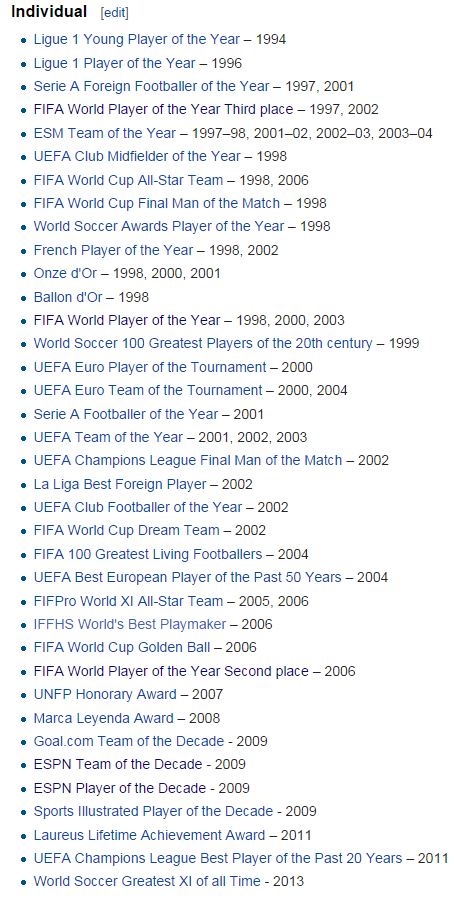