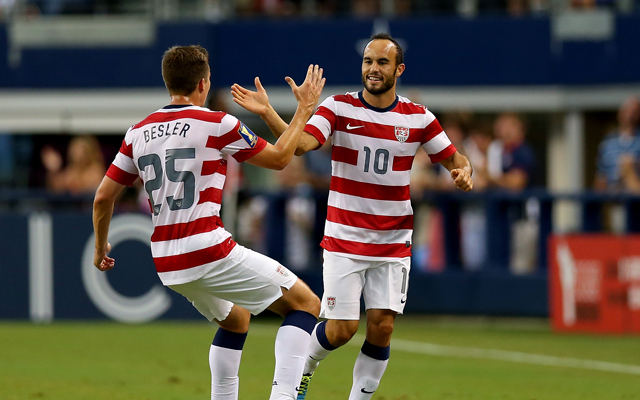 Landon Donovan might be one of the best American goalscorers of all time, but his goalkeeping skills aren’t quite so prolific.

Landon Donovan played 40 minutes in his final game for the US national team last night. He almost scored, hitting the bar early-on and coming nearly as close half an hour later.

While most onlookers have been full of praise for the LA Galaxy player, Houston Dynamo couldn’t resist tempering their praise with a little dig at his goalkeeping talents!

Congrats @landondonovan on a great #USMNT career and for being the worst ‘keeper in @BBVACompassStdm history. #LegenD pic.twitter.com/eNgkAKHWVm