Reds fan with no shoes lets Luis know that he is still loved.

The 27-year-old, who joined Barcelona from Liverpool in the summer, is not allowed to appear in competitive fixtures until October 25.

However, he was permitted to play for Uruguay in a friendly against Saudi Arabia on Friday.

The game finished 1-1, with Suarez playing a part in his team’s goal.

After the match, a shoeless supporter, dressed in a replica Liverpool jersey, ran onto the field and gave Suarez a big hug.

Check out the love-fest below. 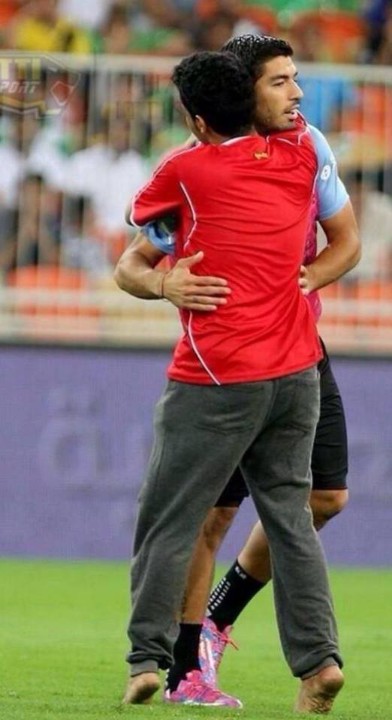