Real Madrid boss Carlo Ancelotti will have been a worried man as he sipped his cappuccino this morning.

Ancelotti’s side have been carried by Cristiano Ronaldo this season.

However, Real could be without Ronaldo for some time, after the 29-year-old limped out of Portugal’s 2-1 loss to France on Saturday night.

Ronaldo left the field on 76 minutes and was later seen with an ice pack on his left knee.

Check out the image below. 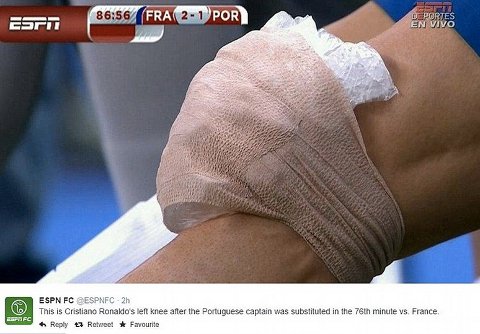