Manchester United have been heavily linked with Mats Hummels…

News stories continue to circle regarding the possibility of Manchester United making a move for Borussia Dortmund centre back Mats Hummels – with the Metro recently claiming the Red Devils were considering a big money offer.

Those reports come despite the player openly stating his desire to stay put in Germany. Old Trafford boss Louis van Gaal is desperate for defensive reinforcements, and has also been linked with a more realistic move for Aston Villa’s Ron Vlaar in today’s papers.

With Hummels likely to set United back a minimum of £20m, CaughtOffside counts down ten cheaper alternatives: 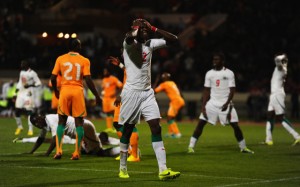 A 25-year-old Senegalese international who is highly experienced in Ligue 1, with almost 150 appearances to his name. The minnows will not be able to hold out for a huge fee.