Which Premier League stars would benefit from a January loan move…

The Premier League is starting to take shape – league positions are beginning to edge closer to what is expected, starting eleven’s are becoming established and lists of January transfer targets are being rapidly formed.

For many young players, this means that they are firmly out of the first-team picture. Here are ten stars we believe could benefit from a loan move in January: 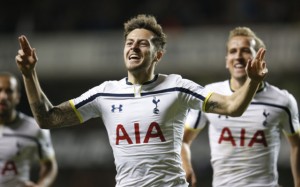 Has proved his ability during a whole host of loan spells with lower league clubs, and has now got his chance with the Tottenham first-team. But with Spurs overburdened with midfield options, perhaps the 23-year-old would do better to seek a regular spot with a lesser Premier League club.