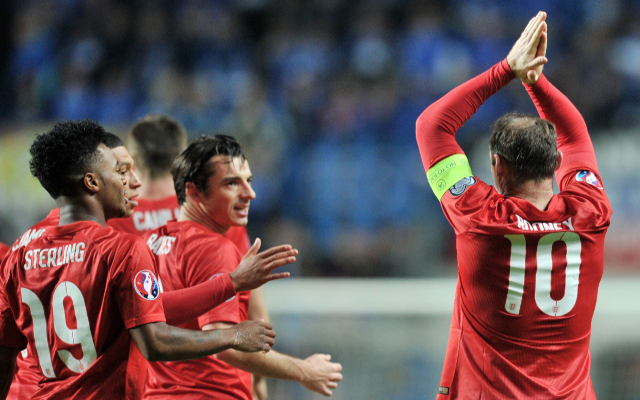 Roy Hodgson’s arrived in Tallinn off the back of two wins from encounters with Switzerland and San Marino but found their opponents hard to break down.

Though the away side had plenty of the possession their attacks tended to break down in the final third though England’s cause was greatly aided by the dismissal of Ragnar Klavan for a second booking when he brought down Fabian Delph three minutes into the second half.

Klavan gets second yellow and subsequent red for stupid challenge on Delphi https://t.co/1iIdDETzTh

England took the lead when Wayne Rooney curled in a free-kick following a foul on sub Raheem Sterling just outside the box.