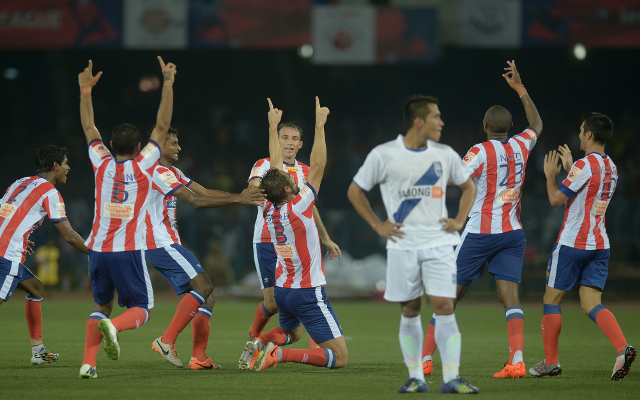 The inaugural Indian Super League got under way this weekend and the opening game produced this superb goal.

The former Spanish Under 21 international absolutely buried this long range effort during Kolkata’s 3-0 win over Mumbai in an eventful opening match of the 2014 Indian Super League season.