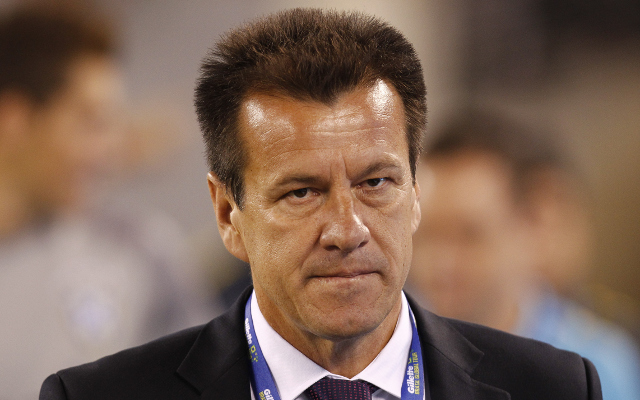 Singapore spent $1.33 billion between 2010 and 2013 on their new national stadium, but Brazil’s manager Dunga doesn’t think it was money well spent.

After beating Argentina 2-0 in Beijing on Saturday, the Brazilian team has flown to Singapore for their next fixture – a friendly against Asian football giants Japan.

SEE MORE
Cavani to Arsenal: PSG goal machine could be on his way out of the French side
Best Premier League players – do the best play for your club?
Richest footballers in the Premier League – who are they?

Dunga’s side trained for the first time in the new stadium on Monday, but both the manager and players were less than impressed with what they discovered.

When asked for his opinion on the sand-covered pitch, Dunga was scathing:

“The Brazil team will always try to produce a good spectacle,” he said. “But to do that, you need good conditions. The field here is not very good. Most of it is sand and not grass. It is hard to pass the ball. There is more chance of getting injured on this field. As there is a lot of sand, it can create holes in the ground. But I can’t tell now if players will get injured”.

The new iteration of the national stadium has a capacity of 55,000. It replaced the old Kallang National Stadium which was closed amid concerns around safety and crowd control.

Brazil’s game against Japan is scheduled for Tuesday morning at 6:45am EDT / 3:45am PDT. The Japanese are coming into the game on a high after a 1-0 win against Jamaica last Friday, though that was their first win in six outings.