Olivier Giroud was expected to be out until January…

Arsenal striker Olivier Giroud, who has been sidelined since August with a broken foot suffered against Everton, could be back ahead of schedule after recovering well from his injury.

Reports in the Daily Mail reveal that Giroud and Danny Welbeck could play together in tandem by December, as Gunners manager Arsene Wenger seeks to boost his attacking options. 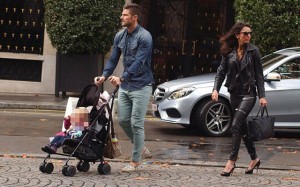