Liverpool’s controversial Italian striker Mario Balotelli appeared in a relaxed mood as he chilled out with mates on a night out – including one friend that had tattoo’s lacing his arms. The forward was not selected for his national team this weekend, and therefore had some free time on his hands. 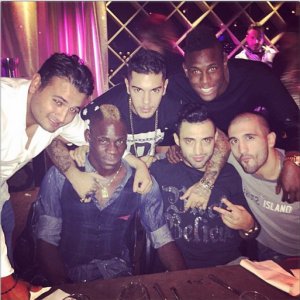