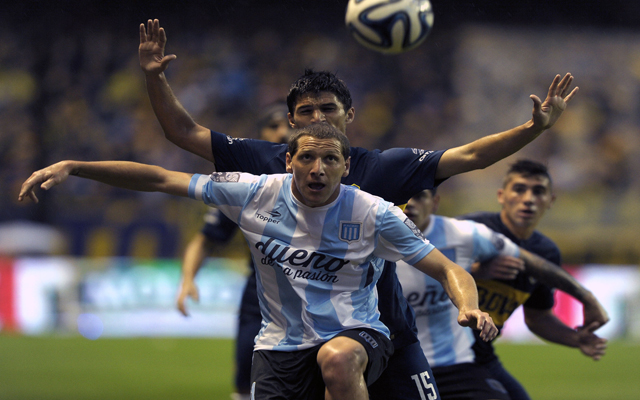 Racing Club continue their resurrection with a 4-0 win at mid-table Estudiantes.

Racing Club are one of Argentina’s ‘big five’ (along with Boca Juniors, Independiente, River Plate and San Lorenzo), but they have fallen on difficult times over the last 18 months.

The Argentine season is split in two – with a ‘Torneo Inicial’ running between August and December and a ‘Torneo Final’ running between February and June. Racing had a 2013/14 season to forget, coming 19th in the Torneo Inicial and 18th in the Torneo Final. This season has gone much better, however, and after the weekend’s 4-0 win they currently lie 4th – with 19 points from 11 games.

Argentine clubs can qualify for both the Copa Libertadores and the Copa Sudamericana (the South American equivalent of the Champions League and the Europa League respectively) – and with a total of eleven sides entering the two competitions Racing have given themselves an excellent chances of returning to continental competition.

Racing have won the Copa Libertadores on a single occasion, beating Uruguay’s Nacional 2-1 over two legs in 1967.