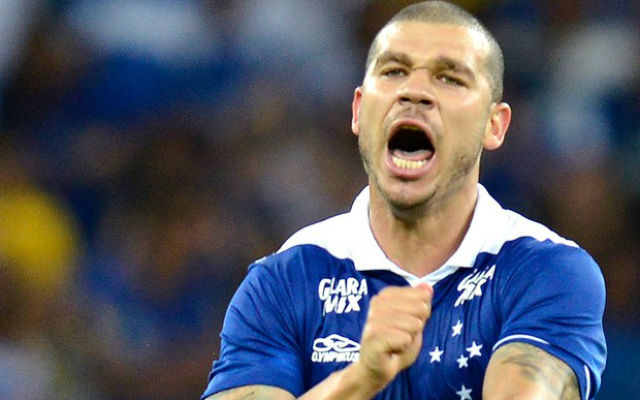 Striker fails to check where the ball went before running off like a right mug.

Cruzeiro went down to a 3-0 defeat at the hands of Falmengo on Sunday, but what made matters worse for striker Nilton, was that he was made to look rather foolish by wheeling away in celebration despite not putting the ball in the back of the net.

The comical incident occurred after Nilton headed a cross from the left towards the goal during the Brazilian top-flight match, only for his effort to sail high of the bar.

Seemingly intent on wheeling away in wild celebration,the striker didn’t notice that the ball was safely resting behind the goal rather than in it.

Neymar linked with SENSATIONAL loan move as PSG attempt to find a club for him July 31, 2019 21:42
FC Barcelona