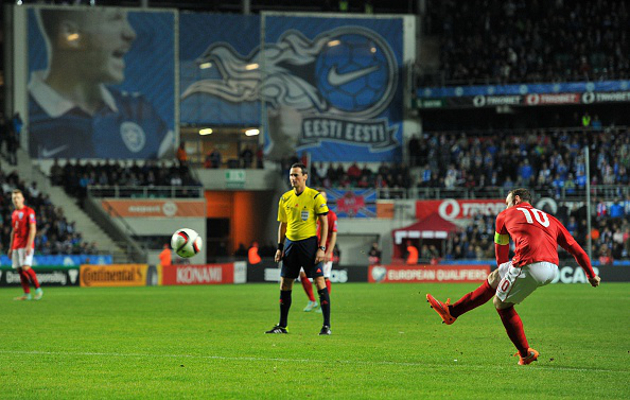 England captain scores goal in training that is eerily similar to that which handed his side a win in Estonia.

Watch as Wayne Rooney bags a quality set-piece goal during a training session ahead of England’s win over Estonia, clearly one Joe Hart could get nowhere near though he may perhaps have wanted to try a little harder to keep it out!

Practice makes perfect! Wayne Rooney scored this free-kick in training ahead of his goal against Estonia https://t.co/jzQ4v31Seq