Man United’s Ashley Young stepping up his return from injury…

Manchester United winger Ashley Young is seemingly close to a return to full fitness, after posting this selfie on social media website Instagram, with the caption: “The Hard Work Never Stops”.

Young, who was drenched in sweat has not featured for boss Louis van Gaal’s side since August because of a groin/pelvis injury. The midfielder returned to light training last week. 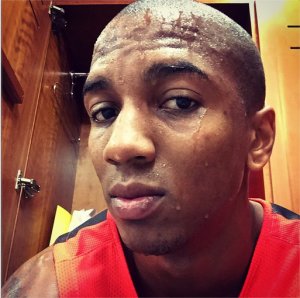